Quantum philosophy is a new science that places the observer at the center of all and has created reality.
4.9(13)
Assoc. Prof. Şevki Işıklı

Newton's classical physics gave birth to the modern lifestyle. Quantum physics, which examines the existence, motion and interactions of particles in the atom, which cannot be explained by the laws of Newton's physics, has created a postmodern lifestyle. Quantum mechanics, which started 120 years ago with Planck's quantum hypothesis; With the contributions of Einstein, Heisenberg, Schrödinger, Bohr, Bohm and Aspect, it led to a revolutionary worldview.

In Quantum Philosophy of Life education; Both the contributions of these great scientists who established the experimental foundations of quantum mechanics to physics and the reflections of quantum mechanics established by these geniuses on our daily life are discussed. Quantum paradigm; It includes postmodern phenomena such as quantum morality, quantum epistemology, quantum relationship management, quantum theology and religion, quantum communication, quantum parapsychology.

What you will learn? 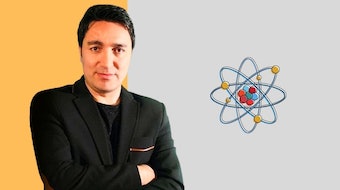