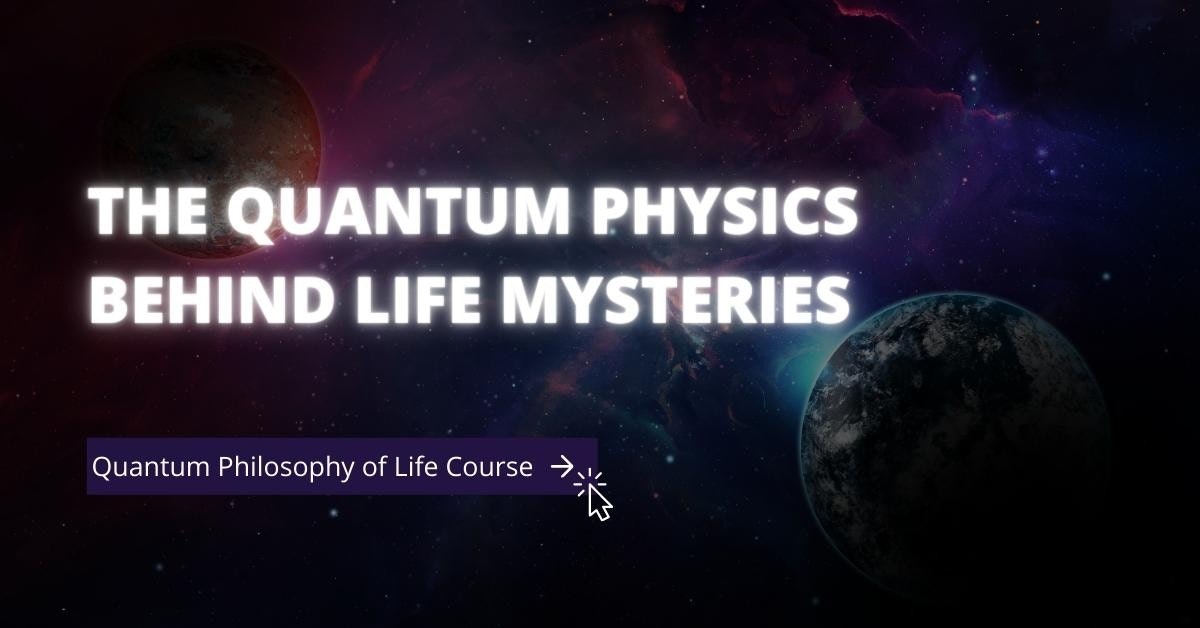 Quantum physicist Giulio Chiribella delves into explaining quantum information, quantum communication, and quantum cryptography. He also tackles the connections between quantum phenomena and consciousness, evolution, free will, and belief in God. Using quantum theory to explain everyday life may seem like another quantum leap into weirdness. But that is not what quantum theory's leading researcher for quantum information at Cambridge University, Giulio Chiribella, proposes. He says no one has yet found an explanation for all of quantum physics' strange behavior - such as entanglement (non-local correlations) or wave-particle duality (the ability of particles to act like waves). Scientists are trying hard, but they have not yet developed quantum explanations for quantum phenomena.

Chiribella has been looking at quantum physics in a new way. He has found that quantum theory can explain some everyday quantum mysteries, such as choosing the right partner when we want to start a family, why our actions seem to be free and not pre-determined by physical laws, and how we build trust and love relationships in life.

His results could make us think differently about what science is all about: "There are many people who try to solve problems in quantum physics," says Chiribella. "I am trying instead to answer questions in philosophy."

Scientists believe that an electron can pass through two openings simultaneously and then meet itself coming from the other side. This phenomenon is called quantum tunneling. Scientists also believe that particles can be in two places at once — another example of quantum tunneling — and they now think it's how we remember our past and process information.

"We want to find out if we put a particle into a state where you could say there is certainly one on one side and there is also one on the other side," physicist Andrew Truscott said in a statement from Australia's Commonwealth Scientific and Industrial Research Organization (CSIRO). "And if we try looking on both sides at the same time, does that particle disappear? This is a generalization of the famous thought experiment known as Schrodinger's cat, where a cat inside a box was considered to be both dead and alive at once."

The idea for such particles came from quantum physics, which states that tiny objects exist in multiple states — like the coin-flip example — until they are observed. The problem with quantum theory has been a lack of clarity on how large-scale things like people could exhibit these behaviors.

We know that electrons can act like waves sometimes (and behave like particles at other times). We also know that an electron fired through two openings at once will go through one or both, depending on spinning. So it's possible that our brains also process information like this.

"What we propose is that the very existence of the double-slit experiment itself means that reality has to behave like this," Truscott said. "People have been looking for years for where the duality aspect of quantum mechanics breaks down within our brains, but no one has ever found it."

For now, all we can do is wait and see if the researchers ever prove their theory correct.

The Quantum Physics and Life Philosophy

The nature of quantum physics is to make an attempt to investigate deeper into the nucleus of matter, which is extremely small in size. According to modern science, this tiny particle has nothing to do with life processes perceived by our sense organs. Yet, let's look at quantum particles somehow related to life processes, for instance, the Alpha Decay process. It will be evident that these particles are coming out from nuclei under certain conditions. Thus there may exist some connections between the quantum world and living beings.

The fact mentioned above can be proved through statements made by researchers working in the field of biophysics who state that "Quantum phenomena play an important role in biological systems.". While involving themselves in the microscopic world, these scientists have found that our planet is composed of atoms driven by quantum laws. How can we reconcile this fact with our notion of life? It will be more accurate to ask whether we can comprehend what has been discovered about the quantum phenomena or even know anything about it at all? What does life philosophy say on this matter?

To begin with, let's consider what contemporary scientists think on this issue. For instance, some try to compare Quantum Laws with Human Will-Power. Others attempt to do the same thing by presenting certain analogies between Quantum Physics and Psychology. In addition, they identify elements present in both sciences such as "observation," "unity," etc.

Finally, they draw a comparison between Quantum Physics and Life Philosophy. These comparisons claim a deep relationship between quantum phenomena and the philosophy of life. However, when we take a deeper look into their claims, it will become apparent that what they really do is make certain analogies based on inadequate information about both sciences. Moreover, if we approach this issue by discussing things in more detail, it would be possible to find out how "Comparative Analogy" can help us gain actual knowledge about them.

When trying to find some connections between philosophies of life and quantum physics, the first thing that should come into our minds is whether this topic has already been investigated by philosophers? If not, then perhaps it would be the first step to look at what they said about other scientific discoveries.

For example, the theory of evolution has been criticized by some philosophers because it deprives man of his "divine right" as far as creation is concerned. Is this comparison between Quantum Physics and Life Philosophy valid? To answer this question, we should consider what Darwin really meant by presenting his Theory of Evolution and what life philosophy says on the issue. In other words, we have to know that the aim of both theories is not to define man's rank in visualizing cosmos. Still, they have been formulated for explaining certain natural phenomena which have nothing to do with the purpose mentioned above.

On the other hand, if we compare quantum physics with the philosophy of life regarding their goals, an individual can easily comprehend that Quantum Physics studies the world as it is. Life Philosophy describes the world as we should see it. In other words, life philosophy tries to tell us how to organize our life. Thus, if we want to discover some similarities between these two sciences, we must look for a particular principle they both possess. The focus of Least Action can be seen in both theories. This principle introduced by Pierre Louis Moreau de Maupertuis in 1744 from within classical mechanics has been used so frequently by many scientists throughout history that one may claim that "the active principle" is the only common subject shared by quantum physics and philosophy of life.

You can be want to discover more about what this principle implies. Quantum life philosophy is a more profound subject and should be researched in detail. In that case, you can join Quantum Philosophy of Life and learn from an expert. Join IIENSTITU’s course!

NLP Meaning: How To Understand And Use It?

What Does An NLP Certificate Do? How Can You Get It?

What is NLP? Learn the secrets of NLP

How To Use NLP for Self Improvement?