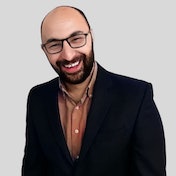 He graduated from Kocaeli University Faculty of Communication in 2010. She gave a training named “Digital Photography and Digital World” in 2013 at the media school affiliated to Marmara University Faculty of Communication. In 2013 and 2014 academic years, he tried to be useful to students by giving Visual Design, Basic Design, Short Film Production, Editing Techniques, Script Writing, Video Shooting Techniques, Basic Photography classes at Kırıkkale University Vocational School. His article titled "Fuzzy Logic and Mobile Applications" was published in the New and Traditional Media Readings book created by the faculty members. He successfully completed his master's degree in informatics at Marmara University in 2014. She was the cinematographer of the movie named “Koca Seyit” which was shot for Kültür A.Ş. In 2015, he worked as a cinematographer in the documentary film project of the Golden Horn Metro Crossing Bridge. Continuing his academic studies on the one hand, Dalgalıdere carries out studies on "artificial intelligence, cybernetics, fuzzy logic". As of 2016, he started to write articles in the field of Informatics in the thought and science journal Kat. He started to give lectures at Istanbul Şehir University, Department of Media Production in the 2016-2017 academic year. Dallıdere, who also serves as the head of the department, continues his academic studies. On the other hand, she teaches Content Management System and Web Project Development at Istanbul Şehir University Computer Programming Department.