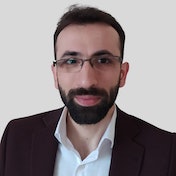 He completed his master's degree in Educational Technologies at Istanbul University. He has been teaching computers and software in schools and large groups for a long time.

He was born in 1993 in Istanbul. He graduated from the Information Technologies Department of Atatürk Anatolian Technical High School in 2011. Later, he graduated from the Computer and Instructional Technologies department of a private university, which he entered with a degree in 2011, in 2016. He had to leave his graduate education, which he started in the field of Educational Technologies, for various reasons. He worked as a computer teacher at different levels in private schools. In this process, he gave robotic coding, web design and programming training to students. He still works as a computer teacher in a private school and is constantly improving himself in his field. In addition, he is interested in the fields of entrepreneurship, technology, literary arts and robotics and is actively working.