25 English Expressions You Should Know 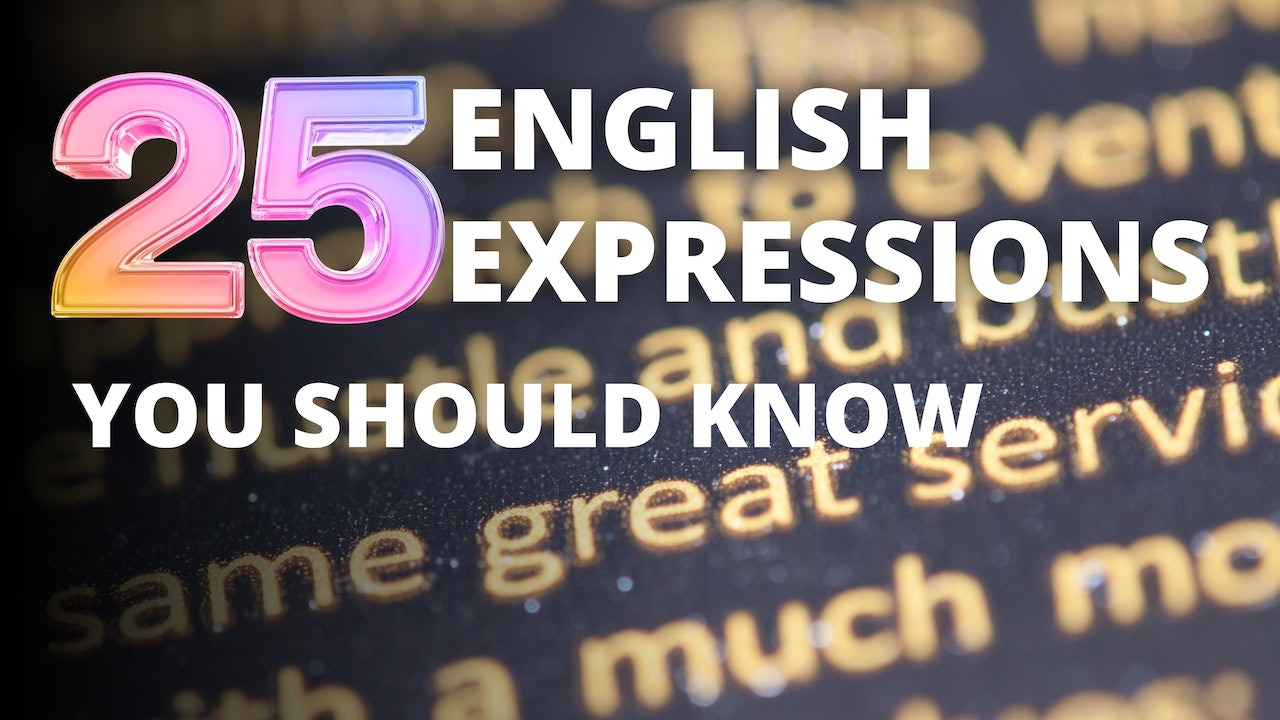 Learning a new language is tough, but it's even tougher when you don't know the common expressions people use every day. To help you out, we've compiled a list of 25 English expressions you should know.

1. 24/7: 24 hours a day, 7 days a week. This expression is commonly used to describe businesses that are always open.

2. A dime a dozen: Something that's very common and not special. For example, "You can find cheap T-shirts like that a dime a dozen."

5. Beat around the bush: To avoid talking about something directly. For example, "Could you stop beating around the bush and just tell me what you really think?"

9. Brass tacks: The important details of something instead of the minor details. For example, "Let's get down to brass tacks and talk about what needs to be done."

10. Break a sweat: To work hard or put a lot of effort into something. For example, "I didn't break a sweat on my English test because it was so easy."

18. In a nutshell: A brief way of saying something. For example, "In a nutshell, I'm not interested in your offer."

19. Keep your head above water: To just barely manage to stay afloat financially or emotionally. For example, "I've been working two jobs to keep my head above water since I lost my job."

21. On cloud nine: To be very happy. For example, "I've been on cloud nine since I found out that I got the job."

22. Pull someone's leg: To joke with someone. For example, "I was just pulling your leg when I said that I saw a UFO."

23. Rain on someone's parade: To ruin someone's good mood or plans. For example, "My boss rained on my parade by giving me a negative performance review."

24. See eye to eye: To agree with someone. For example, "I don't see eye to eye with my parents on many issues."

25. Shoot the breeze: To chat or talk about nothing in particular. For example, "I like to shoot the breeze with my friends over a cup of coffee."

English expressions are a vital part of any language. They make your speech more colorful and interesting, and can help you communicate more effectively. If you want to learn some new English expressions, or brush up on the ones you already know, join our course today. You’ll be speaking like a native in no time!

Why You Should Attend An English Course?

What Are The Benefits Of English Speaking Course?

What Is The Best Way To Prepare For The IELTS?

What Is The IELTS Test?