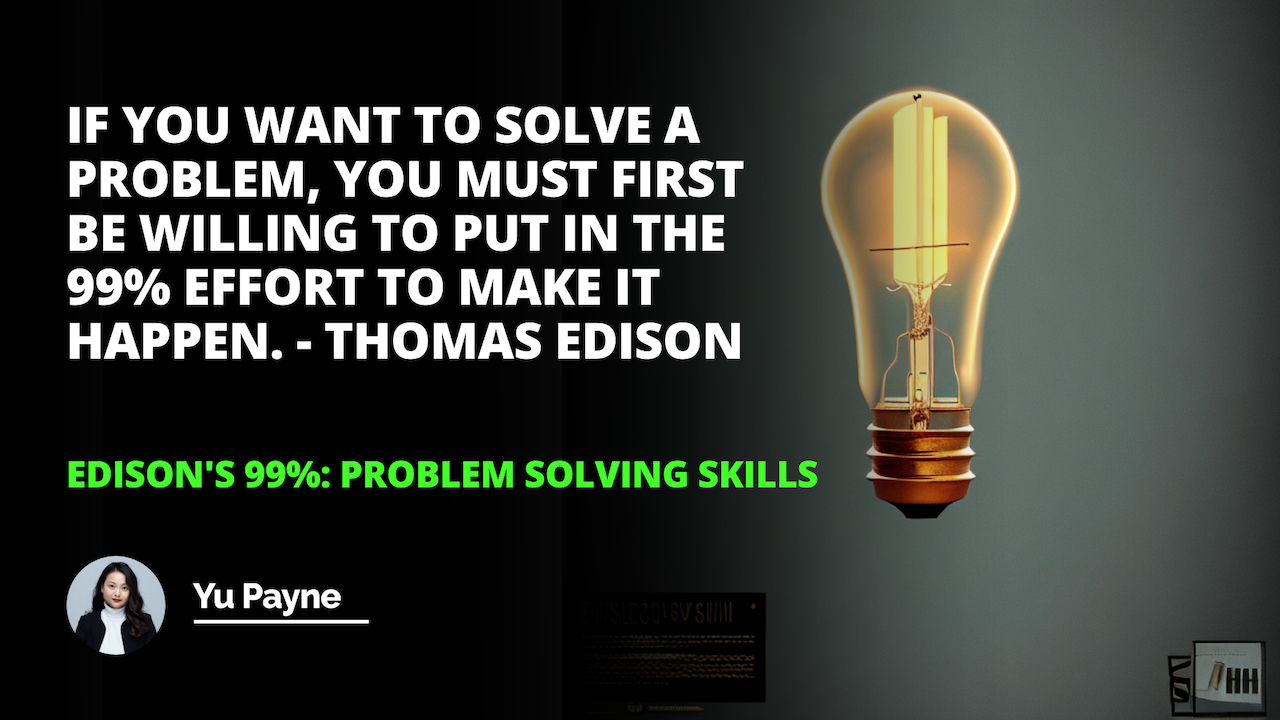 This article explores the life and work of Thomas Edison, one of the most famous inventors of all time. Edison's success was due to a combination of inspiration and hard work, such as setting himself a quota of one minor invention every ten days and keeping meticulous notebooks to keep track of all his ideas. His approach to the invention has been studied and admired by many, and his legacy will continue to inspire inventors for generations to come.

Introduction: Thomas Edison is one of the most famous inventors of all time, having earned over a thousand patents and starting several businesses based on his inventions. His success was the result of a combination of inspiration and hard work, and his way of thinking and approach to the invention have been studied and discussed by many. This article will explore Edison's inspiration, work habits, and notebooks and analyze how these elements contributed to his success as an inventor.

Edison famously stated that invention was one percent inspiration and ninety-nine percent perspiration, and he followed his advice. He was constantly looking for new ideas and pushing himself to come up with more and more. He set himself a quota of one minor invention every ten days and a major invention every six months, and he relentlessly pushed himself to meet these goals. He also challenged assumptions and pushed the boundaries of the state-of-the-art.

Edison's work habits were legendary. He worked seven days a week, often for long hours, and was meticulous in keeping notebooks to keep track of all his ideas. He was also a great believer in the power of experimentation. It is said that it took him over 50,000 experiments to invent the alkaline storage cell battery and 9,000 to perfect the lightbulb.

Edison's notebooks were a crucial part of his invention process. He kept detailed notes on all his experiments, allowing him to review ideas and refine them. He also kept records of his successes and failures, which allowed him to learn from his mistakes and make adjustments for future experiments.

Conclusion: Thomas Edison was a genius inventor who combined inspiration and hard work to create some of the most famous inventions in history. His work habits, such as setting himself a quota and keeping meticulous notebooks, were essential to his success. His notebooks were essential, as they allowed him to keep track of all his ideas and experiments and to learn from his successes and failures. Edison's approach to the invention has been studied and admired by many, and his legacy will continue to inspire inventors for generations to come.

If you want to solve a problem, you must first be willing to put in 99% effort to make it happen. - Thomas Edison

Thomas Edison is recognized as one of the most successful inventors and scientists. He is best known for his contributions to developing the electric light bulb, the phonograph, and motion pictures. His success in these fields is attributed to his problem-solving skills, which allowed him to identify and solve challenges while developing his inventions. But what inspired Edison to develop these skills

Throughout Edison’s life, he was constantly exposed to new ideas and inventions, which motivated him to explore and understand complex problems. His education exposed him to science and technology, which provided him with the foundational knowledge and skills to tackle technological problems. He was also inspired by the works of other inventors, such as Alexander Graham Bell, who had developed revolutionary inventions and technologies.

Edison’s curiosity and willingness to explore new ideas further inspired him to develop his problem-solving skills. He was constantly experimenting, tinkering, and building things in his laboratory, which allowed him to develop an understanding of how things work. His passion and enthusiasm for his work motivated him to continue learning and developing his problem-solving skills.

The development of Edison’s problem-solving skills was also inspired by his desire to improve the lives of others. He saw the potential of his inventions to make life easier, which motivated him to find solutions to complex problems. He believed in the power of innovation to improve the world, which gave him the inspiration to continue developing his problem-solving skills.

In conclusion, Thomas Edison’s problem-solving skills were inspired by his eagerness to learn and explore new ideas, his passion and enthusiasm for his work, and his desire to improve the lives of others. His example has inspired countless inventors and scientists to follow in his footsteps and use their problem-solving skills to create innovative solutions.

Thomas Edison, one of the most prolific inventors of all time, was known for his use of notebooks to help him solve problems. He used the notebooks as a tool for organizing his thoughts and helping him to focus on the details of whatever invention he was working on. The notebooks served as a repository for Edison's ideas and insights, enabling him to access the information he needed when he needed it quickly.

Edison kept notebooks on various topics, but the ones he most commonly used to help him solve problems were those devoted to electrical experiments. He would use the notebooks to record his observations and experiments and note down any ideas he had.

This enabled him to track his progress and review the data he had gathered to understand better the problem he was trying to solve. He would also use notebooks to identify patterns and draw conclusions from his experiments, which helped him to narrow down the possible causes of a problem and to determine the best solution.

In addition to tracking experiments and observations, Edison used his notebooks to document the results of his problem-solving efforts. He would note down any solutions he found and any changes he made to his designs, which allowed him to track his progress over time and see how his efforts were paying off.

Finally, Edison used his notebooks to record the details of his inventions and processes. This enabled him to quickly access the information he needed to troubleshoot problems or to make changes to his designs. Edison's notebooks were an invaluable tool for him, as they provided him with a comprehensive record of his work that he could refer to when he needed to solve a problem.

In summary, Edison used his notebooks to help him solve problems in several ways. He used them to record his experiments and observations, to document the results of his problem-solving efforts, and to store the details of his inventions and processes. The notebooks served as a valuable tool for Edison, enabling him to understand better the problems he was trying to solve and to quickly access the information he needed to make changes to his designs.

Thomas Alva Edison is considered one of the most influential inventors. His inventions, such as the light bulb, phonograph, and motion picture projector, revolutionized many industries.

First, Edison was a hard worker. He worked long hours and was known to work up to 18 hours daily. His work ethic was so intense that he was often referred to as the “Wizard of Menlo Park”. He was also eager to learn and constantly studied to stay informed on the latest technological developments.

Second, Edison was a master of focus. He was able to concentrate intensely on tasks and was able to remain focused for long periods. He was known to take breaks from his work, but even during these short pauses, he could keep his thoughts on the task. He could also filter out distractions and stay focused on the task.

Third, Edison was highly dedicated to his work. He was known to work through the night to perfect his inventions, and he often refused to take breaks or vacations until he had achieved his desired results. He was also willing to take risks and experiment with ideas, even if they seemed unlikely to succeed.

Finally, Edison was a master of trial and error. He was willing to test out different ideas and methods to try and find a solution to a problem. He was also not afraid of failure and was willing to accept mistakes and move on to the next idea. Edison was also willing to take advice from others and incorporate their ideas into his own work.

In conclusion, Thomas Alva Edison was a master problem solver and employed a combination of hard work, focus, dedication, and trial and error to develop his inventions. His dedication to his work and willingness to experiment with ideas and take risks is an inspiration to inventors and entrepreneurs worldwide.

Related Posts
Our team of experts is passionate about providing accurate and helpful information, and we're always updating our blog with new articles and videos. So if you're looking for reliable advice and informative content, be sure to check out our blog today.
Problem Solving

What are Problem Solving Skills?

How To Improve Your Problem-Solving Skills

How To Become a Great Problem Solver? 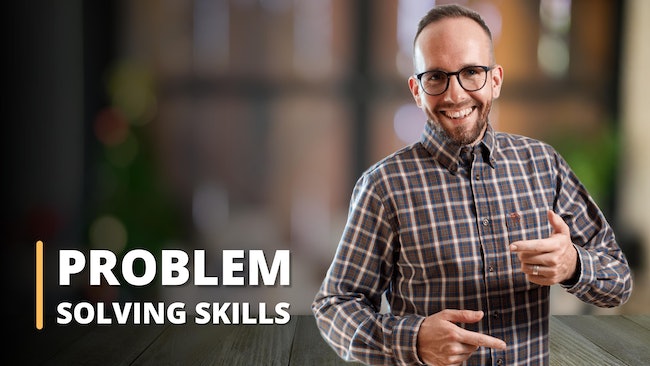 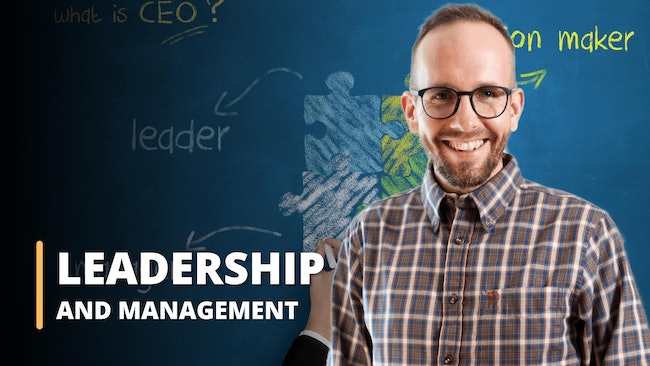 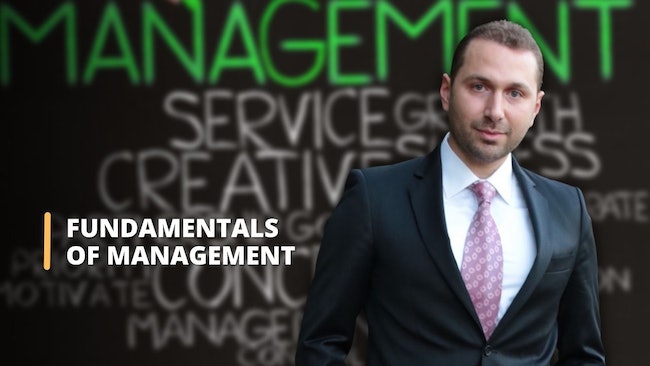